What Is Solar Panel?

The solar panel, also called solar module or photovoltaic module, is one of the most important components of a solar panel system, in depth made by crystal silicon, as it converts sunlight into DC electricity. The individual solar panels consist of several solar cells, which are connected to each other.

These 3types of Solar Panel are available

The semiconductor material used is silicon, which is mixed with boron atoms. During the manufacturing process, the material is melted, cast into blocks and then sawed into wafer-thin slices, with the crystals aligning differently and losses at the boundaries of the individual crystals. In these solar cells, although the production process is inexpensive, but the efficiency is quite low.

These cells are made completely differently than the two cells mentioned above. A carrier material is coated with the semiconductor, which is why fewer raw materials are needed here. As a result, this type of solar cell is also much cheaper than the crystalline variant, but the efficiency is also lower. 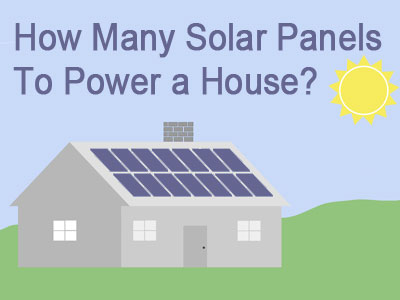 There is lots of use of solar panels. But solar panels also have advantages as well. The solar panel is needful because of producing electricity using the heat energy that comes from the Sun’s radiation. And then the power is diverted to lots of electric appliances.

I will also talk about what solar panel is? Why is it vital to the society? How solar panel converts energies? So as you do not know much about solar panels, I prefer you should have a look on the words down below. I can guarantee you that you will be clear about Solar Panels and its usage. So keep on reading the article.

How do Solar Panel works

Mainly, in short, the solar panel is such kind of a machine who absorbs the energy from the sunlight to generate electricity. Solar panels contain lots of modules. And each module is measured using its DC power, and their range starts from 100 watts to 365 watts.

If you buy a solar which contains the single blade, they won’t be able to provide lots of power. But if you want to go for a solar panel which includes multiple modules, which can be a reason to give lots of energy. Nowadays the price of the solar panels is very much low compared to before. And that’s because to save the fossil fuel, which is also a lot helpful to generate electricity.

How Much Solar Panels Needed to Power a House

Lots of people are there who have a question about how many solar panels to power a house? From here you will find the answer. Most people want to get off their electricity bill using the solar energy. So for that, the first step will be to calculate the size of the solar system needed which will produce the amount of energy required by the household.

But you will end up figuring how many kilowatt hours of power you need and that is what the most critical part is before going for the solar panels for the house. As you already know the price of the solar panels is eventually going on decreasing, so I guess it won’t be a big deal for you to buy some solar panels for your house or other curricular activities.

Suppose your home takes 11,000kWh every year and we are assuming that we need 250-watt solar panels.

Thus by doing calculations with high and low panel productions ratios, it would be perfect if 28 to 34 solar panels were placed to supply the full energy around the home.

Now, those of you who are thinking that how I assumed or calculate that, here is the breakdown. Firstly go for the kilowatt hours of electric energy you need each year. If your house has 20 bulbs and they take 50 watts. Having every light turned on for one hour would use up to one kWh electricity.

If you have solar panels of size 3.5Kw, its average annual kWh will be 4,954, and it needs 14 solar panels. Whereas if you have 15Kw solar system size, its kWh production’s average will be 21,234 and it will take 60 solar panels.

Well! Now let’s get to know something better.

Nowadays, energy from the solar panels is the most beautiful energy and the best renewable energy available around the world. Solar panels are made up of silicon which is pretty much standard on the planet. You know sunlight contains photon which is invisible and that photons carry energy.

Now when the sunlight hits the silicon crystal, the electrons began to collide with each other and start friction. And gradually the particles gather charge to charge up. That is how the silicon lets the atom produce electric energy in the solar panels. And then the powers are used by different appliances in different residential.

As you don’t know about the energy division, let me share this with you as well. Everybody has Refrigerator; I guess you also have it. So that refrigerator which average annual kWh requires 600 will take two solar panels.

If you have an air conditioner on your home which yearly average kWh takes 1000 will mostly take 3. If you have a 3000kWh electric vehicle, and that electric bike will take ten solar panels.

On the other hand, a heated swimming pool needs 2500 kWh, and it will make eight boards. Want to attach a hot tub as well, well its kWh requires 3,300, and it will take 11 panels. I guess these are the appliances that most people don’t know how much solar panels are needed by these things.

Why Is Solar Panel Important To Society?

Solar panels are also very clean because it produces power with no pollutions. Also, it avoids air pollution. Solar panels are very much emissions free. Thus solar panel is very safe for the environments and society. The solar panel usually converts the sun’s energy to the electricity without any source of fuel.

Solar panel also helps a lot to decrease the needs and wants of nuclear power. Mainly solar panel reduces the financial expense of the electricity. And you know that sunlight energy is independent and you can use that as much as you want. So people need power and solar panels are providing electricity without any pollution or expense.

So now, you think how much principal is the solar panel to our society. Yeah, you guessed the right thing, Solar Panel is a lot important to our community as it is saving people by saving the renewable energies as well as reducing the chances of air pollutions.

Some More Information about Solar Panel

I prefer it will be perfect if you let the solar panel face to the south direction. But make sure that there are no trees around the solar panels so that it gives a bit of shade. It will hamper the sunlight radiation to reach the solar panels. If the shadow covers one shell out of 36 rounds, the production of power will get reduced by more than half.

There are also some solar panels which track the sun wherever the sun goes until the sun fades away. Lots of people are using those solar panels as well. The solar panel has an inverter which helps to turn on DC electricity which is generated by those panels of the solar panels to 120 volt AC, which we can use directly by connecting to our circuit.

There is also an inverter for Solar Panels named Solar Panel’s inverter. It is a meter that counts the amount of electricity produced. And even a net meter of heat wired together. But always remember that when you are rapidly producing a massive amount of electricity from the solar system which you were consuming at that immediate moment, your electric utilization meter will go backward.

Well! On the top of this article, I mentioned about what is a solar panel? How solar panel converts energies etc. People who used to had questions about how many solar panels to power a house? I guess they don’t have the problem anymore regarding solar panels. I hope you liked my content as I provided the information you needed.

View all posts by

8 Replies to “What Is Solar Panel?”

We are a participant in the Amazon Services LLC Associates Program, an affiliate advertising program designed to provide a means for us to earn fees by linking to Amazon.com and affiliated sites. Amazon and the Amazon logo are trademarks of Amazon.com, Inc. or its affiliates.